Task Description:
For this task, we had to solve the problems on the presentation about personal trainers, clients and time.
Posted by Jedida at 14:28 No comments:


Task Description:
For this task, we had to write a review on the journal that our reading group was reading.
Posted by Jedida at 12:15 No comments:

Task Description:
For this task, we had to spilt the group of numbers, into multiples of 5, 7 and 4.
Posted by Jedida at 12:19 1 comment:

Today we were told by our teacher that our class was going to do something fun on Pt England reserve
and it included fitness. We started to get more attentive to what Mr Goodwin was saying, “So we are
going to do a rubbish pick up competition for a very fun prize, cool maths games.” Have you ever had
to go and pick up rubbish as a competition before?

As he continued talking to the class, he then added on that we had to write a recount about it too.
Then he let the class go, put their shoes on and line up. When we got outside, we all started to realise
that it was getting very cold and the competition got more challenging.

As we slowly travelled down to the reserve, it got chillier and chillier. When we reached the middle of
the reserve, Mr Goodwin put us into five groups, in my group there was,me Roshaan, Hope, Amira,
Tuluinga and Liilyana. Next Mr Goodwin gave each group one bag each and said "go!". Then
we were off to find some rubbish to pick up as a race with the rest of the class. Mr Goodwin gave us
four to five locations to search for rubbish. We noticed that there wasn’t much rubbish on the reserve,
so Mr Goodwin decided that two locations would be on the bottom and top field of our school.

When all of the teams had finished, it was time to judge and we were anxious to know who won.
Then Miss Haere inspected each bag very carefully. She realised that one of the groups had a big
block of bark in their bag, and unluckily, that was our team, so we didn’t win.


Over all, I did quite enjoy this activity. If we happened to do it again I would be ready. I would definitely
recommend this activity because even though some people didn’t really enjoy it, it’s still really
important to keep the environment and community/space clean.

Task Description:
For this task, we had to go on a fun trip down to the reserve, but this fun trip did include rubbish
and a competition, so it was a rubbish competition. Please read more to find out about my story,
and enjoy! 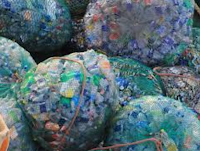 
Task Description:
For this task we had to get three numbers and try to get 2 numbers and they have to equal the last number left.

Task Description:
For this task we had to work with three numbers and time 2 of the numbers and that would have to equal the third number, we also used division in this task.

Walt:Look for the hidden meaning in the text.

Task Description:
For this task we had to write a time table of what a week of exercise would be for another kid, this is her timetable of the exercise that this person does in a week.
Posted by Jedida at 10:18 No comments:

Walt:Think about dialogue between the characters.

Why Exercise Is Wise

Walt:Find relevant information in the text.

Task Description:
For this task we had to write what we do for to keep fit, strong and flexible.